What are the types of wood used in furniture?

What are the types of wood used in furniture?

Furniture requires several kinds of wood - it depends for what.

Why wood? Because it is an ubiquitous and easily workable material with minimal machinery. Also, it is quite sturdy, and aesthetically pleasing when finished - and more, it is warm and has a cozy feeling overall.

There are basically three kinds of wood that are used in furniture: 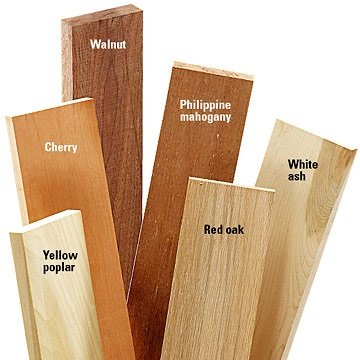 Hardwood is the most noble and durable material. Hardwoods are produced by angiosperm trees that reproduce by flowers, and have broad leaves.

Hardwood from deciduous species, such as oak, normally shows annual growth rings, but these may be absent in some tropical hardwoods.

Hardwoods have a more complex structure than softwoods and are often much slower growing as a result. The dominant feature separating "hardwoods" from softwoods is the presence of pores, or vessels.

As the name suggests, the wood from these trees is generally harder than that of softwoods, but there are significant exceptions. In both groups there is an enormous variation in actual wood hardness, with the range in density in hardwoods completely including that of softwoods; some hardwoods (e.g., balsa) are softer than most softwoods, while yew is an example of a hard softwood.

Hardwood is generally expensive - so it is becoming more and more rare to have furniture of solid hardwood. But the world of furniture have developed ways to overcome this aspect, developing man-made woods (see below) which look like hardwoods. 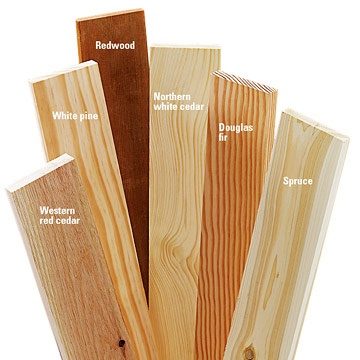 Softwood is instead what is not hardwood. Softwoods are not necessarily softer than hardwoods: in both groups there is an enormous variation in actual wood hardness: for example, the woods of longleaf pine, douglas fir, and yew are much harder in the mechanical sense than several hardwoods.

Softwood is the source of about 80% of the world's production of timber, with traditional centres of production being the Baltic region (including Scandinavia and Russia), North America and China. Typically used in construction as structural carcassing timber, as well as finishing timber.

Man-made Woods are instead what you get when you combine human creativity with the need to optimize production and lessen overall cost of materials. As evident in its definition, man made 'wood' is a material constructed from the by-products of timber. As real timber is becoming more scarce and more expensive, it is necessary to produce artificial timber, which is relatively cheap, and sufficient for the job.

There are mainly four types of man-made woods:

And there is a also very important technique to improve the looks of a board or product, that can be applied to every kind of wood, which is called veneer. 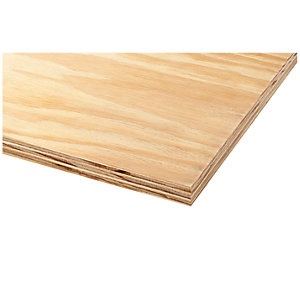 Plywood
In woodworking, it is often difficult to find a durable timber that weighs very little. This can be achieved with plywood. Thin sheets of wood are glued together so that each grain is perpendicular to the last. This renders the material light, durable, and stable. To improve its looks, it is often used with veneer. 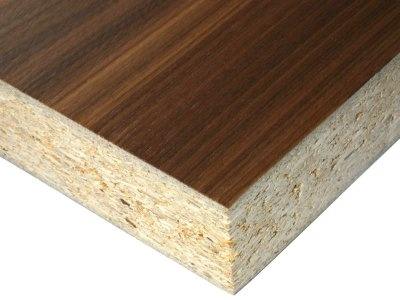 Chipboard
Timber chips and pulp are mixed with resin and tightly compressed to form chipboard. Chipboard is extremely affordable, but has few uses in proper woodworking, mainly because of its weak and unstable nature.
This is why chipboard slabs are often covered by laminate or veneer so to make the surface more aesthetically pleasing. 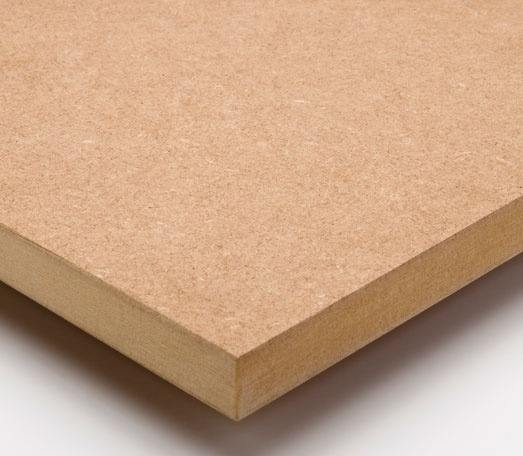 Medium - Density Fibreboard (MDF)
MDF is a material similar to chipboard, but more “noble” and stable - it is made through the compression of timber fibers, and is a good, cheap wood for experimental projects. As other man-made woods, MDF is also often covered with veneer.

Blockwood
Blockwood is made with the gluing of different blocks of hardwood or softwood to create a continuous board. It is useful to recover small pieces of wood from other cuts, and use them to create bigger objects and surfaces.

Also, blockwood is nice because it gives a more interesting aspect and surface to “dull” woods (like for example rubberwood, which is inherently lacking character). 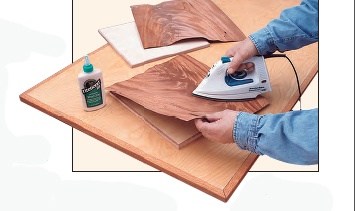 What is veneer?
Veneer is a technique where you fix an outer, very thin layer of hardwood or other noble material to a framework of cheaper material (softwood, plywood, chipboard, MDF). The final result looks like solid hardwood, while it actually isn’t.

If you are interested, I have written an answer specifically about veneering. You can find it here: How good is wood veneering?

You must login to add a comment. If you do not have an account, you may free to register for one.